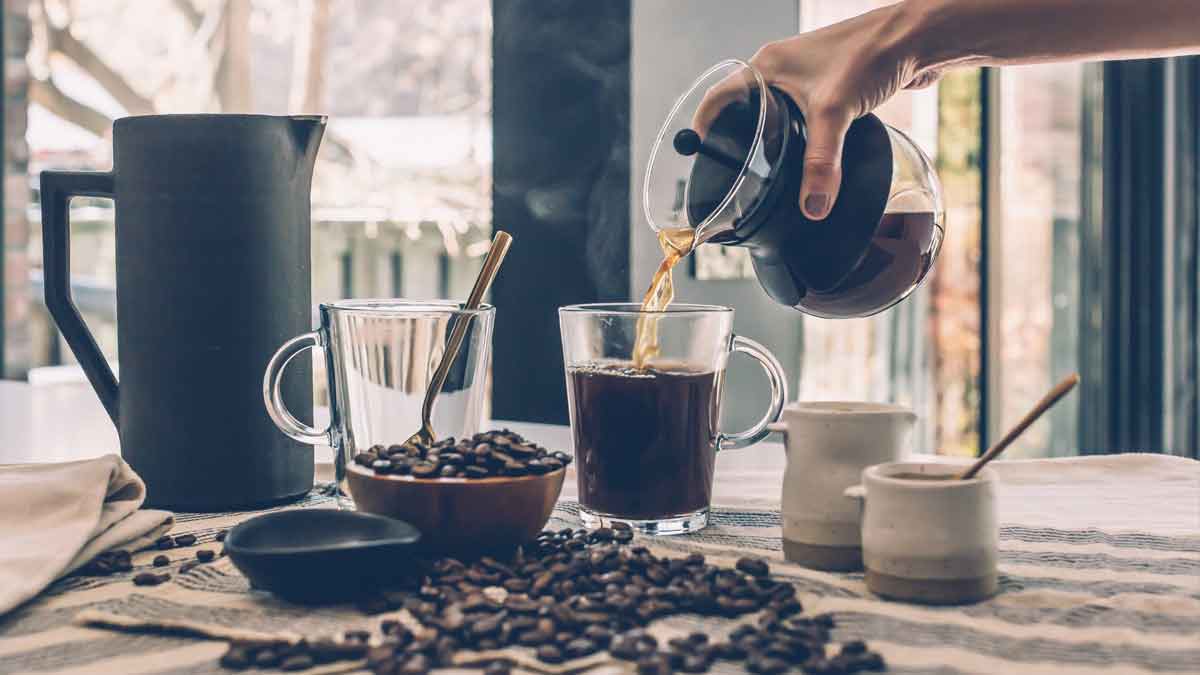 Caffeine does seem to support fat-loss owing to a variety of actions – increased energy production, the breakdown of fat and appetite suppression. Additionally, caffeine improves exercise performance, muscle contraction, mental focus, skill levels and therefore, the quality of training. A word of caution though: caffeine seems to work best when combined with exercise and a diet plan.

From the ‘not-so-skinny’, looking to lose fat to elite athletes wanting to improve their performance, caffeine is being used by the whole town and his wife. In fact, caffeine is the most used drug in the world for a variety of purposes (Laurent et al., 2000).

A body-builders ‘pre-workout drink’, a footballer’s ‘pre-match drink’, an office worker’s ‘switch-on drink’, a student’s ‘study-aid’ – they all contain caffeine. Fat-loss supplements, more often than not, contain caffeine as the main ingredient.

Most energy beverages (coffee, tea and cola) and stimulant drinks like Red Bull all contain caffeine. Similar to fat-loss supplements, caffeine is the commonest ingredient in energy drinks too – levels range between 70 to 200mg per 16oz serving (Higgins, Tuttle, & Higgins, 2010); some energy drinks contain 500mg or more per can – these, however, have largely been discontinued since 2011 (Baldwin, 2013).

Not surprisingly, caffeine has become synonymous with the phrases fat-loss, energy-drink or pre-workout drink.

Caffeine is a stimulant drug. Pharmacologically, it is an adenosine receptor antagonist (Jones, 2008). In simpler terms, it means that caffeine acts by blocking actions mediated through adenosine receptors. Now, this receptor is responsible for lowering the levels of stimulant hormones like adrenaline, dopamine and serotonin.

By blocking adenosine receptors, caffeine indirectly causes increased levels of these hormones. Therefore, the more caffeine you take in, higher the levels of adrenaline (and other stimulant hormones) in your system. These hormones then cause most (but not all) the actions of caffeine.

What Does Caffeine do for Me?

Will caffeine really help me lose fat? And, is it really worth it to buy that caffeine-containing fat-loss supplement? Based on current scientific evidence, the answer may be a resounding ‘yes’. Whether you are looking to lose fat, improve performance at your workplace (or as a sports person) or generally feel good, caffeine seems to be the solution.

So, what exactly does caffeine do for me, you might want to ask? And, what justifies the use of caffeine as a fat-loss drug? To get an answer, all you need to do is to have a look at some of the actions that caffeine has on your system and you will agree that caffeine does pack a punch.

Here is What Caffeine Seems to do Your System

Does Caffeine Really Cause Fat Loss?

Scientific evidence seems to support caffeine’s claim as a top fat-loss drug. A few theories have been proposed to explain fat burning abilities of caffeine.

In a nutshell, caffeine supports fat loss through the following process:

Other Side of the Argument

There are those who believe that caffeine does nothing to help you lose fat. Some even go to the extent of suggesting that caffeine may, in fact, add weight! This is because, most speciality coffees are high in calories and fat, they say .

However, if you are on a ‘fat-loss mission’, there’s a very slim chance that you’d be picking up anything that has excess calories or fat in it. Furthermore, caffeine in fat-loss supplements – as powder, tablets or pills – is usually present in the anhydrous form. This form of caffeine is way more potent than that present in beverages like coffee, tea, cola or energy drinks. What’s more, fat-loss supplements will not contain excess calories or fat.

A word of caution though – drinking loads of black coffee or using a fat-loss supplement alone won’t do you much good. Caffeine works best when combined with a well-planned exercise and dietary program.

What Happens When You Have Too Much of Caffeine?

The occurrence of side effects of caffeine ingestion is subjective. In those sensitive to caffeine, unpleasant effects can sometimes occur at a dose as little as that contained in a cup of coffee – 200mg (Clauson, Shields, McQueen, & Persad, 2008; Calamaro, Mason, & Ratcliffe, 2009). However, in most people, a dose of more than 500-600 mg (more than 4 cups of black coffee) is required to cause side-effects (Mayo Clinic Staff, 2009). As you may well have guessed, there are those who can tolerate doses up to 800mg.

Too much caffeine in your system can cause:

Most proprietary fat-loss supplements will contain other stimulants in addition to caffeine. And, as such will have graver side-effects profiles than caffeine alone. Please do check the label for contents before you buy a fat-loss supplement.