Home » Diet Investigations » Does Living in the UK Make You Fat: The Heathrow Injection?

Does Living in the UK Make You Fat: The Heathrow Injection?

By Rachel Butler (Senior Reviewer)
Page updated Feb 19, 2019.
First published May 16, 2013.
3 comments
Urban myth, popular folklore or well-known fact, according to the many thousands of people who flock to London to work each year, living in the UK makes you fat. There is even a name for this phenomenon – the Heathrow Injection which was coined first by Australian visitors and has now passed into British popular culture.

Australian English comes up with some great phrases and the Heathrow Injection (along with Budgie Smugglers meaning too tight Speedos), must be one of the most memorable and picturesque.

According to visitors, the Heathrow injection is simply the extra weight that most overseas visitors put on once they hit London. You get off at Heathrow and the next thing you have added at least half a kilo to your weight, possibly more.

How and why does this happen? Is London just an unhealthy place to live or does it refer to the whole of the UK? Does just living in Britain make you fat? European statistics seem to suggest that it does.

The UK leads the way when it comes to obesity diabetes and heart disease, with only Hungary, which has a high level of male obesity coming close. British people are beginning to have the same image once reserved for the Americans and are becoming known for having the fattest population in Europe with undisputedly UK women, the most at risk. Doctors see the obesity epidemic as the greatest public health crisis facing the UK.

Although obesity is a worldwide problem, many European countries have stepped up efforts to counter this trend. There have been taxes on foods high in fat and sugar, and several countries including Denmark, France, Finland and Hungary have already passed legislation including in an attempt to change eating habits.

British doctors are urging that the same measures should be put in place but so far, this has been largely ignored and has not been dealt with in the same way as smoking.

What is Wrong with the British Diet Today?

Britain is essentially a cold country and the traditional diet has always reflected this fact. Stodgy meat puddings, fish and chips, roast dinners all high calorie fattening filling stuff but the problem with this theory is that very few people actually eat like this any more.

However, go down any High Street in any town in the UK and you will see plenty of food outlets. Chinese, Indian, Turkish, more recently Thai, Mexican and food from all across the globe. The British have embraced fast food culture like no other race. Fast food and exotic dining experiences are part of the every day fabric of society and in London, especially there is always something available to eat.

Takeaways and Eating Out in the UK is Cheap!

Takeaway food can be delicious but it is fattening. The average doner kebab weighs in at 1000 calories and Chinese food and Indian is much the same with a high calorie and fat content.

Strangely, the traditional Chinese and Indian diet is in general low in calories and the Chinese have been held up as examples of healthy nutrition. However, their version of their national cuisine for British tastes is not quite as health conscious.

One small serving of sweet and sour pork in batter contains around 600 calories and 24g of fat. Sweet and Sour chicken, egg fried rice and vegetable spring rolls are even worse, containing a massive 1,436 calories and 60g of fat.

An Indian takeaway of chicken Tikka Masala, pilau rice and a plain naan contains a around 1,338 calories and 55g of fat, adding up to around 2/3 of the calories and 80% of the fat an average woman should have in a whole day.

Don’t forget the large number of pubs and restaurants with their emphasis on huge helpings and value for money. The trend is towards quantity and portion sizes are big! It is very hard to find a reasonably priced place to eat that does not offer monster portion sizes.

Figures have shown that in France and other European countries, portion sizes are generally smaller. A Big Mac in France contains 480 calories. A UK Big Mac contains 550.

If you do not want to eat out, there is a wealth of processed ready meals to suit all budgets and tastes and for the busy traveller or hard working young professional this may provide a lifeline in terms of quick and easy preparation. The problem is that processed food is generally much more fattening than the home cooked version.

The irony is that Britain and London especially has some of the best restaurants in the world where taste, flavour and quality of the food are paramount, but these are exceptions. Take most people into a fine restaurant with their smaller serving sizes and some of us will be picking up a takeaway on the way home.

London is a competitive fast moving city with a high percentage of residents part of a transient population who have come for an adventure, to work or as a rite of passage. Mainly young, many are unused to the routine of cooking for themselves, running a family or living on a long-term family budget. Their London time is something to do before you settle down and not something that most travellers do with a family. This leads to a complete freedom of lifestyle and with a 24 hours culture there is always something to eat and drink.

Visitors from the Great Outdoors and Rural Locations

The streets of London are not really paved with gold but the city has drawn people to live for hundreds of years and not just since the Swinging Sixties. Many people who come to London are from less urban locations and often from places with better weather and a more outdoors culture.

The Australians may enjoy their food, wine and beer but many people have a more active lifestyle in their home country. Swimming, hiking, sport or simply walking in the countryside is not quite as easy in the heart of the city. Without really noticing, many overseas visitors drastically reduce their leisure exercise activities and it shows up on their waistlines.

Is It All About the Booze?

It is not compulsory to turn into a party animal once you hit London but many visitors do just that and enjoy the entertainment and pubs and clubs the capital has to offer. It is not just the visitors. Britain has a serious drinking culture that is raising concerns across the country due to binge drinking and anti social behaviour around alcohol.

Leaving aside the “any town centre in Britain booze fest” each weekend and the cries of “broken Britain” most British social life revolves around alcohol. Whether it is done in a tasteful way with a few too many glasses of good wine at a dinner, or a mad night out with your workmates, it is socially acceptable to drink too much and in many social groups it can sometimes seem compulsory.

A pint of Stella weighs in at 256 a pint, an average pint of Bitter is around 200 calories, a pint of Guinness is 215 calories and a bottle of WKD contains around 280 calories.

So What Happens to the People Who Live in Britain Permanently?

Although the UK is leading the European obesity figures, not everyone is overweight in Britain and it will not make you fat living here if you keep some control over your life.

For the younger travellers, late night eating and drinking is all part of the experience and once you stop the 24-hour party people lifestyle and start preparing your own meals and not relying on the local takeaway your weight will reduce too.

Many Australians find that once they return, their weight goes back to normal once they have picked up their old lives, got back to the beach or the outback or at least a regular 9 to 5 job a family and a few more years under the belt. Back home many people do not have the same temptations or impulses that are completely normal in London.

The big problem with the UK is that there is a sense of freedom when it comes to consuming and this is a vital component of the weight issue.

It’s All Part of the Freedom of London

Just because there are takeaways on every corner doesn’t mean you have to eat them. Just because you like overdoing the booze does not make it anyone’s fault. There is a wealth of shops, greengrocers markets of all kinds in London and it is possible to eat well and cheaply and in a healthy way.

There are plenty of sports centres and gyms too and Britain has some amazing countryside, fantastic historic sites and places to hike and get outdoors. Sport too. There are plenty of sporting opportunities in London so if you have this type of interest you should be able to maintain it. Just because there is a wide choice of places to eat and drink does not mean that you have to go along with it too.

The Heathrow Injection is Partly Your Own Fault!

This may sound harsh, but its no point sitting back and complaining about the extra pounds and blaming it all on the London lifestyle. It may not necessarily be anyone‘s fault but your own. Yes, it is easy to put on weight in London but it is not compulsory.

If you do put on weight during your time in London and go home with a Heathrow Injection, once you get back to your normal life style you will probably find that you will still be able to lose it! 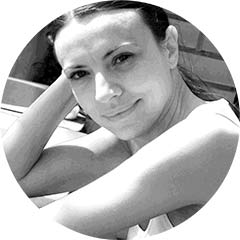 3 comments on 'Does Living in the UK Make You Fat: The Heathrow Injection?'