The truth about Omega-3

By Rachel Butler (Senior Reviewer)
Page updated Jan 15, 2019.
First published Aug 30, 2015.
No comments
Most of us have probably taken an Omega-3 supplement at some point when we realised that we weren’t eating enough fish like other mothers told us to. 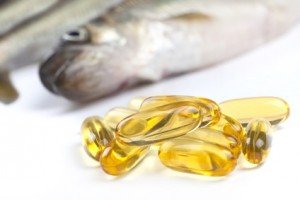 But are they as good for us as we think?

What is better for us? A study revealed that everything we know is wrong.

Omega-3 is a polyunsaturated fatty acid and is important for normal metabolism. There are 3 types of omega-3 fatty acids and they are:

We have always believed what the package says and there have been studies to show that omega-3 protects the brain from cognitive decline and dementia. The test asked people to perform tests regarding memory, recall and executive thinking function. Those who ate more foods or took supplements containing omega-3 scored higher on the tests.

A Change in View

Recently a new study has been released showing that it does not benefit cognitive decline in older people. Sourced from Science Daily, 4000 patients were studied over a five-year period to find out if omega-3 supplements really do help with cognitive brain functions, published in the Journal of the American Medical Association.

Emily Chew, M.D., deputy director of the Division of Epidemiology and Clinical Applications and deputy clinical director at the National Eye Institute (NEI) part of NIH, said that “Contrary to popular belief, we didn’t see any benefit of omega-3 supplements for stopping cognitive decline.”

She led a study that investigated a combination of supplements for slowing age-related macular degeneration (AMD), one cause of loss of vision in older Americans. People once believed that regularly eating fish such as salmon, tuna and halibut could lower rates of AMD, cardiovascular disease and possibly dementia.

All participants had early or intermediate AMD. They were 72 years old on average and 58 percent were female. They were randomly assigned to one of the following groups:
1. Placebo (an inert pills)
2. Omega-3 (specifically docosahexaenoic acid (DHA, 350mg) and eicosapentaenoic acid (650mg))
3. Lutein and Zeaxanthin (nutrients found in large amounts in green leafy vegetables)
4. Omega-3 and Lutein/Zeaxanthin

They were given cognitive tests at the beginning of the study, two years in and then at four. Over time the cognitive scores of each group began to decrease, showing the supplements had no effect.

Dr. Emily Chew went on to say that “We’ve seen data that eating foods with omega-3 may have a benefit for eye, brain and heart health,” as taking a supplement is very different from eating foods containing omega-3.

The bottom line is that supplements are not the fast cure. You are what you eat, and you’ve got to eat well. Maybe it was too late for some of the people in our study.

Should we be taking it?

We’re not equipped to make omega-3 from scratch, which is why we need to eat polyunsaturated fats to gain this nutrient. From looking at the study and the research we have found it would seem that it will be better to eat fish as part of a meal and healthy balanced diet instead of taking a supplement as it just isn’t good enough.

You should always consult your GP before taking any supplement to make sure it is right for you and won’t interact with any medication you are currently taking.